Where it all began and why it lives on

The late Eleanor Wasson, centenarian and true stateswoman, was the founder of WomenRise for Global Peace. She tells her life story, spanning U.S. Prohibition era,  in her endearing and intimate book 28,000 Martinis and Counting: A Century of Living, Learning, and Loving.

Eleanor, together with her dear friends Kay Croissant and Cathy Dees, co-founded Great Questions Foundation 501(c)3 and in the spirit of 'great questions' they mounted their 1978 extraordinary exhibit 'Continuum - The Immortality Principle' at the California Museum of Science and Industry. Eleanor writes: "The theses for the exhibit  were that matter is not limited to the perceptions of the five senses; that energy is indestructible, that consciousness can exist independent of the physical body; that there is no proof that consciousness ends at death and much evidence that it continues."  The exhibit was  clearly timely; a big hit. Over time it was seen by more than a million people, many of whom wrote letters telling how it had changed their lives.

Willis Harmon, then President of Institute of Noetic Sciences wrote: "I was profoundly moved by the Continuum  exhibit. It is powerfully provocative. One absorbs the signals from the panels almost unconsciously.  The quotations remind more than they persuade. One is not so much convinced by the logic of the statements. It is more that from deep inside oneself comes the response to the entire Gestalt: "Yes I know." The exhibit is a public service."

The Continuum exhibit, after touring the country, including to the Smithsonian, was purchased and is permanently housed at the Continuum Center in Minneapolis.

Kay Croissant has since passed on, while Catherine Dees continues to forge a path in associated realms. She co-authored with Egyptian Hanny el Zeini 'Omm Sety's Egypt - A Story of Ancient Mysteries, Secret Lives, and the Lost History of the Pharaohs';
"Omm Sety knew things she could not have known without some extraordinary extension of consciousness."
Stephan A. Schwartz, Director of Research, Rhine Research Center and author of Opening to the Infinite.

In the new Millennium, towards the end of Eleanor's life, it transpired that Great Questions Foundation 501(c)3 as an entity, being utterly aligned in mission and vision with the WomenRise phenomenon that burst into life through Eleanor, came full circle into the very hearth and heart of WomenRise.

Eleanor Wasson was  11 years old in 1918. She  lived her whole life with the vivid and wondrous memory of dancing all night in the streets to celebrate 'Armistice', fully believing and not alone in her belief, that this was "the war to end all wars". Then she, approaching 100 years upon this Earth, to hear again again the drumbeats of War, and from her own government,  was galvanized to action of magnitude once more; WomenRise was born. Shortly thereafter, Great Questions Foundation was formally ceded to a board of directors, all of whom had been WomenRise women from its inception.

Over the past decade Great Questions Foundation has embodied a new era of deep-dive exploration of consciousness, particularly focused beyond the duality of the 'doing' versus 'being' framework, engaged more specifically with how intentional Pause/stillness/re-focus on Guiding Principles can serve as a lucid launchpad, enhancing the efficacy of action in our known world, over and over and over again.

Thus the scintillating threads have spun out from this locus; the women of WomenRise and Great Questions Foundation fully engaged on multifarious fronts, from local government to other ecological/social equity platforms and milieus; change agents profoundly informed and inspired by 'as without, so within' deep ecology/'Council of All Beings' principles.

Whatever now lights up on the Great Questions Foundation 'motherboard', Eleanor is often felt, still very much Who She Is and remains, a champion of evolving consciousness in a Continuum, founded in Peace whose essence is Love.
*~*~* 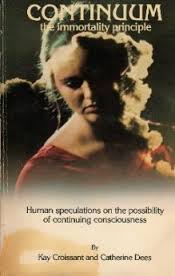 Eleanor Wasson, Great Questions Foundation
Passed into our hands before taking her leave
We bridge between worlds
From the House of the Weavers
Take up the threads we are each drawn to weave.

From Ohmming together to dreaming a future
Doorways appear where none were before
Portals of consciousness beckon the Women
Whose frontier emanates from inner world core.

We Bridge between Worlds, we are honing our seeing
Softly the eye can discern What May Come
Truly the Queen of Hearts beckons us brightly
Questions & Answers the WomenRise drum

Way-Showers all, as we bring to the Circle
where we show up and how we step in
on the edge of the world we work from the premise
All One & One Love; As Without So Within

Then let the Great Questions keep drawing us deeper
Where Life informs Love and where Love tells us true
WomenRise House of the Weavers in Essence
Bridging Between What Is Ancient & New..
Powered by